After 10 years at Deutsche Bank AG (most recently as bank director of the international department), Sievert joined the Sievert Building Materials Group in 1980 as managing director and was appointed chairman of the board of Sievert AG in 1986. He has been Chairman of the Supervisory Board since 2006. The Sievert Baustoffgruppe has around 1,700 employees at 60 locations in Central and Eastern Europe and China.
In 2012, Sievert founded the Sievert Foundation for Science and Culture and has been its CEO since then.

Sievert studied social and economic sciences at the Universities of Hamburg, Göttingen and Erlangen-Nuremberg and received his doctorate in business psychology from the University of Linz in 1971.

In 2006, he was appointed honorary professor of Hefei University. For his cultural and economic commitment, he received honorary citizenship of the city of Hefei (capital of Anhui Province) in 2013 and was awarded Anhui Province Entrepreneur of the Year 2015 in spring 2016.

In 2013, the Universidad Católica de Costa Rica appointed him Honorary Professor in San José Sievert. This also in recognition of his work as Honorary Consul of the Republic of Costa Rica with responsibility for the states of Lower Saxony and Bremen.

Since 2015 Sievert has been teaching Intercultural Management at the Institute. 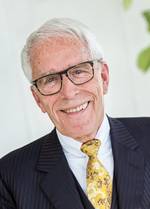 hwsievert[at]sievert-ag.de
Sievert AG, Mühleneschweg 6 49090 Osnabrück E-Mail: hwsievert[at]sievert-ag.de Telefon: 0541 – 601 204
We use cookies on our website to give you the most relevant experience by remembering your preferences and repeat visits. By clicking “Accept”, you consent to the use of ALL the cookies.
Cookie settingsACCEPT ALL
Manage consent