As a driver of social innovation and lived diversity, Global Ethic enables confidence in the future.

Dr. Christopher Gohl is a researcher and teacher at the Weltethos Institute at the University of Tübingen. He received his PhD degree in Political Theory from the University of Potsdam, and holds a Master’s degree in American Studies and Jewish Studies. His research focuses on the epistemology, genesis and prevalence of values, virtues, norms, and (human) rights; on a pragmatist understanding of business ethics and global ethics; on issues of a learning democracy, and on civil society research. As a practicing pragmatist, he has organized various stakeholder dialogues, such as the Regional Dialogue Forum Airport Frankfurt from 2005 to 2008, Germany’s largest political mediation. In 2021, Dr. Gohl served for six months, the remainder of the legislative term, in Germany’s parliament, the Bundestag, with a specialization in democratic reforms and human rights. For the time of his mandate in the Bundestag, Dr. Gohl was on a leave of absence at the Weltethos-Institut. He has since resumed his work at the Weltethos Institute. 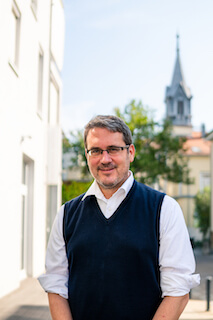 gohl@weltethos-institut.org
We use cookies on our website to give you the most relevant experience by remembering your preferences and repeat visits. By clicking “Accept”, you consent to the use of ALL the cookies.
Cookie settingsACCEPT ALL
Manage consent